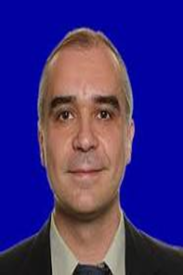 Since 2011, he has been a Full Professor with AAU Energy, Aalborg University, Denmark, where he is responsible for the Microgrid Research Program. From 2019, he became a Villum Investigator by The Villum Fonden, which supports the Center for Research on Microgrids (CROM) at Aalborg University, being Prof. Guerrero the founder and Director of the same center (www.crom.et.aau.dk).

His research interests are oriented to different microgrid frameworks in applications like microgrid clusters, digital twins, cybersecurity, maritime microgrids, space microgrids, isolated biological systems, and smart medical systems. Prof. Guerrero is an Associate Editor for a number of IEEE TRANSACTIONS. He has published more than 800 journal papers in the fields of microgrids and renewable energy systems, which are cited more than 80,000 times. During eight consecutive years, from 2014 to 2021, he was awarded by Clarivate Analytics (former Thomson Reuters) as Highly Cited Researcher with 55 highly cited papers. In 2021, he received the IEEE Bimal Bose Award for Industrial Electronics Applications in Energy Systems, for his pioneering contributions to renewable energy based microgrids. In 2022, he received the IEEE PES Douglas M. Staszesky Distribution Automation Award, for contributions to making the hierarchical control of microgrid systems a practical reality.